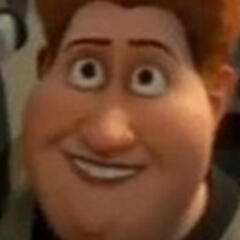 Welcome to my kin thingy🤓 I personally do not take kinning very seriously and do not want to feed into the toxic side of things so please just take this with a grain of salt! To me kinning is just a fun thing to do (and or a stress reliever).

(Keep in mind, these are MY definitions)

1: What does kinning mean?

The short answer is that ‘kinning’ or having a ‘kin’ means you relate to that character (that you kin) in one way or another. It can be minor or major, you can also kin multiple characters, and characters with a different age/gender/race then you. Kinning is not limited to how much you ‘act like a character, or share their personality traits’. You can kin a character based on trauma and etc. So that being said, even if you see someone with a ‘abnormal’ kin, do not automatically assume that person is wrong, or ‘a bad person’. Also, kins can frequently change and or lose strength over time (let’s say, you begin to change as a person or etc). This is completely normal and doesn’t invalidate anyone!

2: Kin terms (these are the terms and definitions that research and etc have lead me to. These are also very general.

Kin: A character you relate to

Kinning: Having characters/multiple characters you relate to (enough to kin)

Shift: Your mood/etc changing and therefore your kins changing (not always but sometimes). Example: When I feel more confident my kins change, so when I watch something I can relate to different characters.

Doubles: Two people (or more) who kin the same character

No Doubles: When somebody says this about a character (or characters) that they kin, they wish to not interact/etc with a person who also kins that character (or characters). Some people have different levels of not wanting to be around doubles, (some will not even be friends with a double while others just prefer the double to not talk about their kin/etc).

(The different levels of kinning going from highest to lowest, keep in mind these are my definitions)

Core: Some people use this term some people don’t, it’s basically like the strongest level you can kin a characters. It’s taking THAT’S ME to another level. (It is stronger than a selfhood)

Selfhood: ‘A character I relate to very strongly, and relate to at almost all times. It’s basically like watching a show/etc and seeing a character and thinking That’s me!’

ID’s: ‘I relate to this character very strongly, but sometimes I feel a little less connected to them depending on my mood/etc’

Minor Kins: Characters you relate to some what/a little but not enough to be an ID.

Reverse Minor Kins: Characters you relate to some what/a little but only when in some sort of shift. When you aren’t in a shift you relate to this character 0%.

Questioning: A character you are not sure if you kin or not, but you have some sort of attachment too. 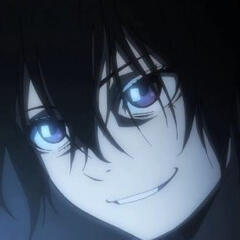 I won’t get into why I kin Kira too heavily, but I can assure you it’s not in a ‘scary’ way. 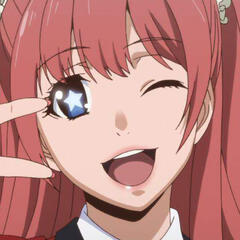 Yumemi is one of my strongest kins, and I’m never quite not in a ‘Yumemi Shift’, meaning I almost always relate to her. The only times I feel less connected, are when I’m super sad and such. I relate heavily to her dreams and ambitions, as well as MANY other things that I won’t get into on this page. 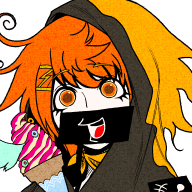 RIO RANGER (YOUR TURN TO DIE)

“Sup bastards!!!”
I dunno, I just see a lot of myself in him. It’s always there, and when I’m pissed off I feel even more connected to him. 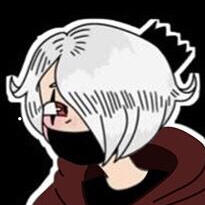 Six is my Danganronpa OC! He’s quite cheerful and a bit of an airhead. He is a reverse ID meaning I relate to him very heavily, but only when I’m in a certain mood. That mood being when I’m very happy! He’s an epic shift to be in. 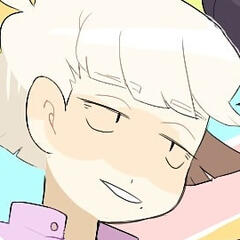 Satoru is a reverse ID meaning I have to be in a very specific mood to feel connected to him (kin wise). Generally I don’t really relate to him, but when I’m in an overly confident mood he’s pretty much a selfhood. 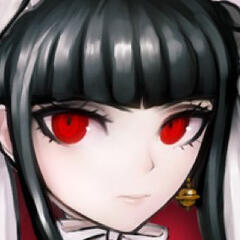 Long story short, I love Celestia so much that I basically ended up just kinning her a little. I don’t feel as strongly connected to her (kin wise) as the others mentioned, but I can relate in some ways, and my relation doesn’t sway depending on moods and stuff (that’s why she’s not a ‘reverse minor kin’) 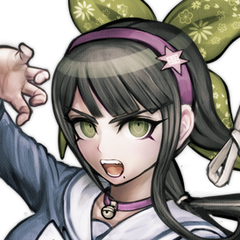 I think the way Tenko is just so utterly ‘good’ and kind is super inspiring, and I genuinely adore her character. 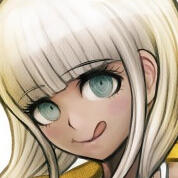 Ahhhh!!! Angie is just so cute and cheerful!! I love her so much oml. She fills me with joy I dunno how to describe it. 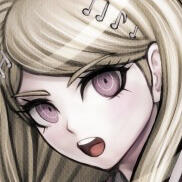 Kaede is a huge inspiration, kind, talented and ambitious. As well as many other things!! 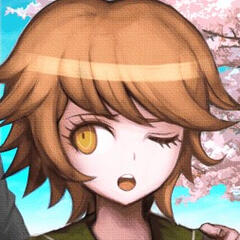 Chihiro is just....precious I dunno what else to say.